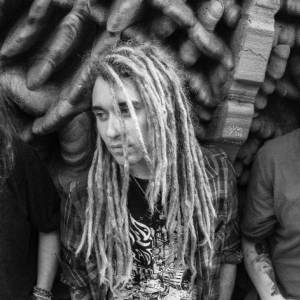 From leaders to dinosaurs?

What happened to the extreme subgenres in rock?

God is Dead is the single of Thirteen, the last Black Sabbath album. Does that title allude to the death of Metal? Ozzy Osbourne, the frontman of the band seems to do it.

Metal it is an extreme genre, but it wouldn’t be anymore if it is fading but seems appropriate to present it’s transformation and the way it is shown to us.

We know the music industry changed, although the context goes  so much further than that. Don’t get me wrong, poppy rock or something trendy it would always exist. But the change that I’m discussing is related to the more extreme genres and it’s not the first time this has happened. During the 80s and 90s there was an upswing of heavy music, of guitar riffs, of serious music, real, true music, without pretensions of fitting in or being popular. It was people that wanted to pursue something new because they were bored with the established and what was already done, groups and composers that wanted their own path and they forged it.

“During the 80s and 90s there was an upswing of heaven music, of guitar riffs, of serious music”

Iconic music groups, bands that shined in those days and all the changes where inevitable. I would say that from the year 2000 and on the dynamic of the festivals, of the media, of the industry and the fans changed. Everything changed.

Nowadays, and from some years now, I turn on the radio and I tune some of the specialized radio stations, and there’s nothing more than songs with 20, 30, 40, 50 years old, all classics, one after the other. But absolutely nothing new.

I see the lineup of some international festival and most of the bands are at least 20 years old. What happened? There are no bands doing heavy music nowadays? I know it’s not like that, my own band it’s an example of that, or at least it what we are trying to.

What happened then?, The most extreme genres had their golden days and now the picture looks like the story of Jazz, that had its peak during the 60s and then it was replaced by Rock. I guess that’s the case on this styles, only that the difference it’s that Rap and Urban music took the leadership in this times.

How true is all this? I recalled an active member of the Santiago local scene, Dj Manyin, known for organizing retro theme parties with music on vinyl like Soul o Muerte,  Las Noches A Go-Go, and for managing bands like La Big Rabia.

So, once this beloved character told me that he came back from a trip to Europe were he lived in flesh the reborn of Rock, and that milestone was called Ty Segall. For those who don’t know about Segall, he is a musician and music producer from the California scene in USA, he has played in the biggest festivals in the world. He’s music, the one of his solo project as the one of other projects (Fuzz, GØGGS) have a vibe that is related with late 60’s and early 70s, but with a really high quality sound, recording and playing wise.

It was then when I started to realize that there are lots of different music scenes happening world wide. What is going on is that only the people really interested is the one that knows, what seems to be very distant from what the media and labels are doing, or at least the vast majority.

Part of those scenes are led by Wand, Savages, King Gizzard And The Lizard Wizard, Code Orange, Alcest, Gojira, Deafheaven, Metz, Zeal & Ardor, Chelsea Wolfe, Firewalker, Self Deconstruction, among so many others. Also as the locals (From Chile) Vago Sagrado, Club de Surf, Spiral Vortex, Wild Parade, Osorezan, Icarus Gasoline, Éntomos and ourselves, Odio Sensible (just to name a few). All this bands are current. Some of them better known than the other ones, some participate in big festivals. But what they have all in common is that they continue to be part of the underground. Because it appears to be a lack of interest from the media to create content related with the current music. I guess it is more comforting and secure to keep on the the formulas that already succeeded in the past.

I don’t know what would be the destiny of this music groups with the music scene, I just know that we will keep on working without expecting big rewards that people where used in the 90s, we will keep on doing it for ourselves.

As for us, in Odio Sensible we aren’t interest on fitting a mold, we will do what keeps us glad, and yeah, maybe we used the “label” Alternative Metal, but that doesn’t mean anything for us, we don’t put boundaries in our music and we do what makes us happy.